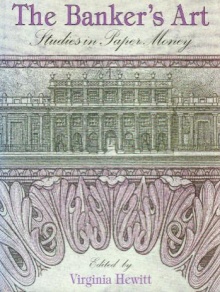 The paper money we use today has evolved through centuries of trial and error in which individuals have risked their reputations, their fortunes and sometimes their lives. This book explores facets of that erratic history in a series of papers first presented at an international conference to mark the 300th anniversary of the Bank of England in 1994.

The papers cover a wide span of time and place, from the seventeenth century to the present day, from Stockholm to Shanghai, discussing both legitimate plans to supply nations with currency and less honourable attempts to overthrow goverments. Different approaches to issuing, manufacturing and designing paper money are examined through a diverse range of topics, including the creation of Europe's first banknotes, early experiments with colour printing, and the use of imagery to inspire patriotic faith. All are placed in a wider context, revealing the influence of revolution and war, art and technology, political intrigue and even illicit romance. Each of the essays in the volume contributes highly focused current research into the history of paper money; together they show that the banker's art is at heart a very human drama.

Viginia Hewitt is curator of paper money at the Department of Coins and Medals at the British Museum. She is author of Beauty and the Banknote: Images of Women on Paper Money (1994), and co-author of As Good as Gold: 300 Years of British Banknote Design (1987). She is currently working on a catalogue of English provincial banknotes held in the British Museum.