Catalog of banknotes of the Civil War in Russia

Part 1 of this catalogue considers the paper money of the Ukrainian and local Governments (general and specialized issues) during the Civil War in Ukraine (1917-1920). Overstamps and overprints on Russian bonds and currency notes in general are considered in a separate chapter.
Part 2 of this catalogue considers the paper money of the local governments in Western Ukraine during World War I and in 1919 after dissolution of the Austro-Hungarian Empire.
Private paper money is not touched upon. The notes are priced in US dollars, usually for three grades. The majority of the issues are illustrated. The differences between the varieties are explained in words and when possible, shown visually. Many notes are illustrated for the first time. The catalogue is intended for a wide range of collectors, both beginners and advanced.

In Russian and English language. 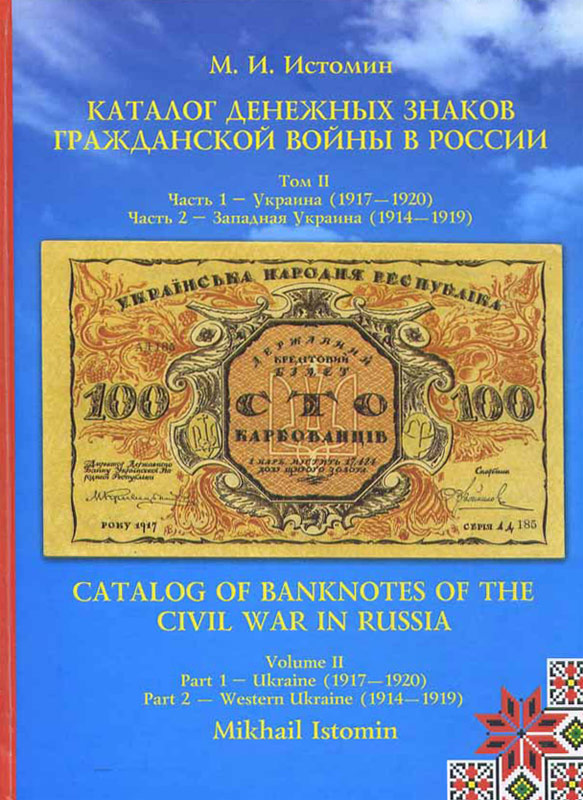