One of the least researched areas in Russian paper money is the private issues in imperial Russia. Only scanty information on such XIX century issues has been given in the most specialized of catalogues. Amongst a number of these issues, the most widely researched has been the “marki” (scrip) issued by the Russian-American Company for the Russian colonies in North America.
The issue and circulation of the "Tickets" of his Excellency Serguei Ivanovitch Maltsov has remained a mystery having virtually been neglected by both historians and collectors alike. Yet, this money circulated for many years in the central provinces of the European part of Russia on par with the state credit notes. Amongst all the number of XIX century private issues, only this scrip can be compared in its significance to the above mentioned "marki" of the Russian-American Company.
This catalogue presents for the first time fully systemized data on the issues of paper money scrip by the Principal Counting House of Dyatkovo of the Maltsov factory district in the 1860s. This work will be of great help for the collectors of paper money as well as for the readers interested in the Russian history. 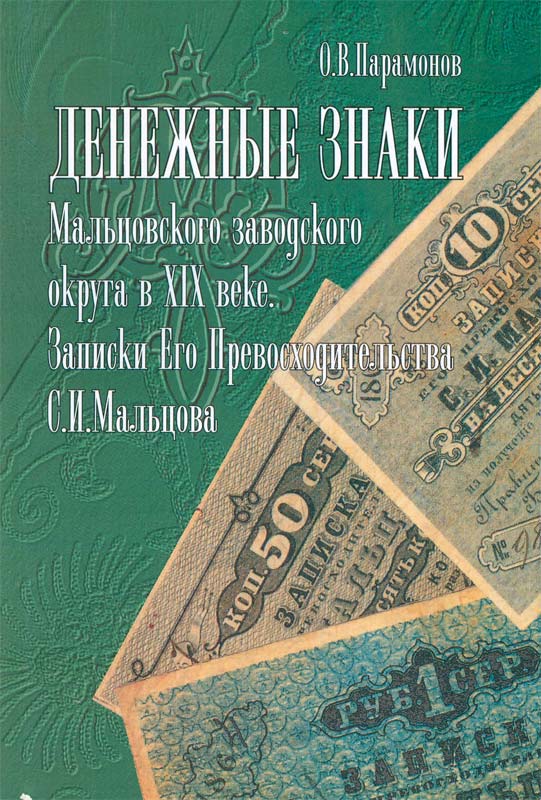